This post was also published in Towards Data Science at Medium

Here’s how I made an app that automatically adds a mask to your profile photos. #maskon

Have you heard? CDC and the Surgeon Generalnow recommends and encourages everyone to wear a mask when going out in public. Unfortunately, there’s still a lot of stigma associated with wearing a mask. “What if people think I’m sick?” “What if they yell at me to stay home?” These thoughts can prevent one from wearing a mask even though that could help protect oneself and others. To help promote the idea that wearing masks is the smart and right thing to do and make it common enough so that it becomes a new social norm, I decided to make an application that automatically adds a mask to your profile photo. This is how I made it.

Screenshot of the app to be built at https://maskonme.herokuapp.com/

I first thought about the core features of the application. This included: 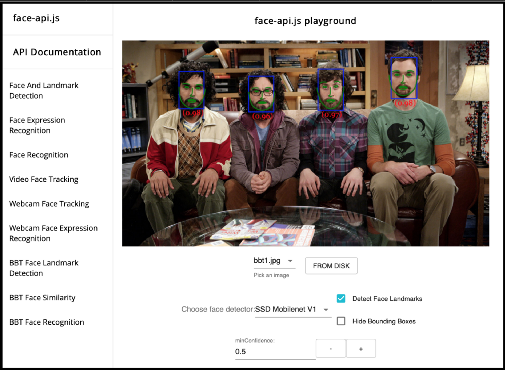 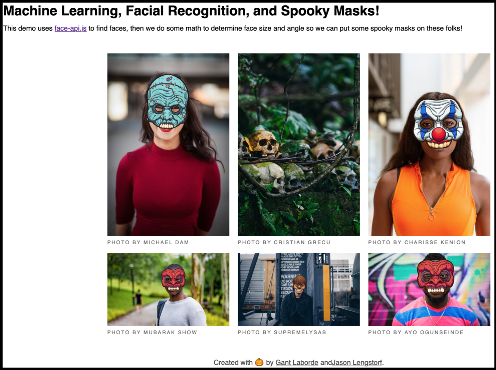 Putting it all together

I took some time to understand how the face-api.js works in the faceLandmarkDetection demo. Some basics included loading face-api.js in the head section with <script src=”face-api.js”></script> and finding sections loading the input image and drawing overlays.

Also, here’s the section where the call to faceapi was made to detect faces in the input image inputImgEl and save the results.

I also identified how the masks were manipulated and adjusted to be place on top of faces in maskify.js from the Spookymasks tutorial. It used methods from face-api.js to get the coordinates of landmarks. For example to get the nose you could run onst nose = landmarks.getNose(); or to get the jawline use const jawline = landmarks.getJawOutline();. See the original code here. Using this I was able to quickly whip up a prototype that will detect the face and overlay it with a mask. See the full code here!

Unfortunately, I quickly realized that this automatic overlay of the mask was not going to be perfect. Little rotations and yaws of the face would lead the slightly inaccurate jawlines that would til the mask too much one way or another. Thus I decided to add a few controls to shift the mask. 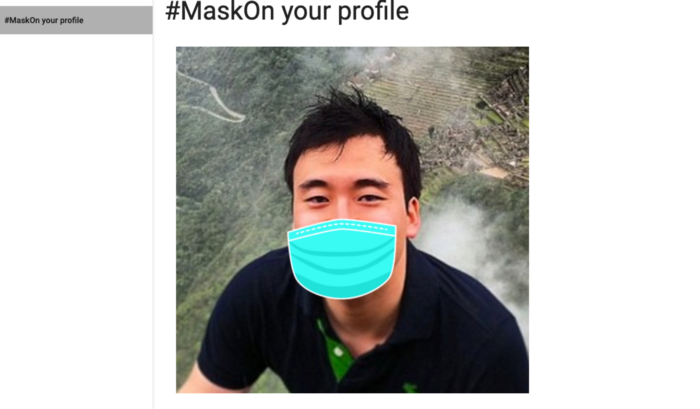 Left) Not bad but could certainly use a little manual tweaks. The jawline estimation is not 100% accurate.

Turns out that manual adjustments was going to be necessary anyways because landmarks may not always detect the entire contours fo the chin. So I decided to add buttons that will shift the position of the mask in small increments. For example to make a button that moves the mask to the right, I added

defined by the function

which would update the mask in the maskdiv.

Try it out for yourself or see a video of it in action: 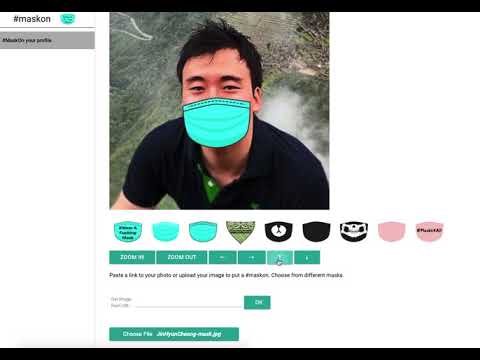 This was a pretty fun project to work on to distract myself as the pandemic started. As I was building this, I eventually also found https://socialdistancing.works/ which practically does the same thing except that it is purely manual adjustments. Another nice feature of MaskOnMe is that it can also detect multiple faces at once so you can post group photos with everyone with a mask! 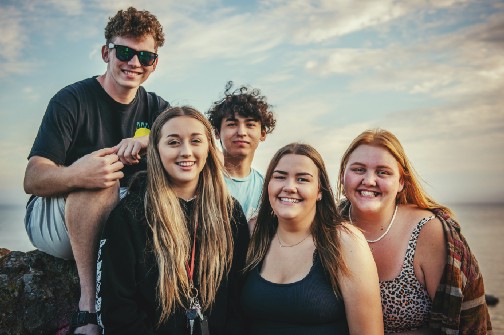 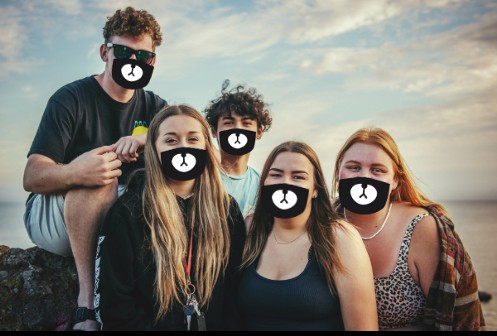 The next step for me when I have time is to work on an AR version where one would overlay a mask from a webcam feed! Thank you for reading and feel free to check out my other posts if you want to read more about face image processing.